Well, it's really time to start serious work on my next script but it is a dark and terrible place that I am choosing to explore. I don't want to do the due diligence I need to do to understand human trafficking if I'm going to actually figure it out. It's really a movie about Jerry Sandusky but it's going to be a horror movie about an old guy who kills people and drains there blood. So, football. 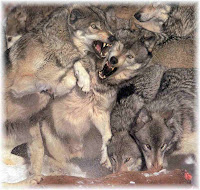 I missed the Alabama-Georgia game but I was really hoping to sink into some football oblivion tonight while my fiancee is out of town and it's just me and the doggie sitting on the couch. Then the madness happened at Arrowhead this morning (for future reference, this is the madness of whence I speak) and I've been feeling in a funk all day. I'm still feeling a little bit sick and it's possible that's not helping but the Jovan Belcher story makes me feel a little bit nauseous. It's just a disgusting story. And it's the kind of story that I've sort of drafted myself to if I'm going to really make a life of writing horror stories.

This post isn't really going to be about anything, per se. I missed posting yesterday and I feel compelled to make up for it by posting now. Maybe I'll write a little story later on and post that to freshen myself up a bit. At least I'm not facing any major illness from my stomach and my legal problems are pushed back a few months. If you've got stomach pains and diarrhea, good news! It's probably viral! Bad news! It's going to take about 10 days to leave you the hell alone.

Oh yeah, I did want to write something about the script I'm trying to turn into money, the werewolf-western one. I've had it up on The Black List for 2 days now and I'm getting antsy. I have no idea how long it takes to get reviewed but I feel like my self-esteem is counting on something nice just a little bit too much. If it gets shredded for some reason (unlikely, I suppose, on a site that is dependent on people paying monthly storage to feel like they might become a piece of Hollywood machinery) I will feel like I've wasted 2 years chasing a story that can't get made. This is silly. There are literally hundreds of companies that will make a movie just because they have a script. Even if it isn't worth money to me I should still give it a chance to become something more tangible. But this is where I am, waiting for my metrics on the website to show that somebody, anybody has downloaded and read my script.